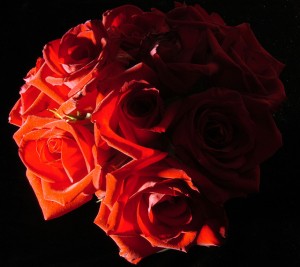 I announced during episode 51 that I intended to put together the anniversary episode number 52, My Story, over the Thanksgiving holiday weekend. Well, that didn't happen (as I probably could have predicted.) In addition, I have encountered a few technical difficulties, and may be coming down with a cold. I think the technical problems are my Higher Power's way of reminding me that I need to take care of myself. So the episode will be delayed a day or two, but it is still happening.

As my wife and I were driving home from visiting my family, we listened to a series of talks by Tom W. titled “A Program of Attraction”. Towards the end, he talked about blessings. “What is a blessing?” he asked a rabbi from whom he was taking a class. The rabbi responded, “As you travel down life's road, anything that gets behind you and pushes your forward; anything that gets in front of you and grabs onto you and drags you ahead; anything that gets down deep inside of you and kicks and shoves and pushes until there is more room … anything that does that is a blessing. And lots of times blessings don't feel good. And lots of times you don't know they are blessings until much later. You look back at a situation that you knew would kill you and realize that it opened doors that you didn't even know were there.” (http://recoveryradionetwork.podcastpeople.com/posts/54556)

3 comments on “Still here … and blessings”