perfection and grace – a meditation 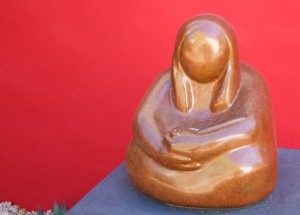 Lord, help me to hold myself and others to a standard of grace, rather than perfection.

I frequently need this reminder, and have added it to my daily prayer set, along with the 3rd and 7th step prayers. Much of the trouble in my relating with others comes from an expectation of perfection. Usually it's an unconscious expectation, but when someone isn't acting up to it, I can get annoyed or frustrated. If I can hold myself to a standard of grace, if I can approach every interaction with an attitude of shared humanity, then it becomes easier for me to treat them with dignity and respect.

Recently, I was not able to do this, in a meeting at my workplace. A colleague was asking me for something that I felt I could not supply perfectly. Apparently, my response was not satisfactory, because she asked again. I got more annoyed, stating my position more clearly (I thought), and then asked “is that clear enough for you?” (And not in a friendly tone of voice, either.) She responded “No!” In retrospect, I can see that I was holding both of us to a standard of perfection, and when that standard was not met (in my eyes), I lashed out in frustration. I disrupted the meeting. I treated my colleague with disrespect. And I did not move us towards an acceptable answer to her question.

Later in the day, I realized I needed to apply Step 10, “… and when we were wrong, promptly admitted it.” I apologized to my colleague for my attitude. She accepted the apology, and I think, in that moment, we both held each other in grace, because she then said, humbly, “We both need to figure out a way to communicate so that this doesn't happen.” Which I intend to work on with her, so that healing can come from this incident.